Exclusive Eye On South Florida July 15, 2013 – After the George Zimmerman verdict was released a group of Broward County legal minds, politicians and law enforcement individuals came together in an open forum to discuss the facts, their thoughts, opinions, and where do we go from here. Due to the length of the discussion there is a part 1 and part 2. The Panel consisted of:

David W. Singer, one of Florida’s best known personal injury attorneys, has been practicing law in Florida for over a quarter of a century. A life-long concern, for people in need of help, has kept David in a legal career dedicated to representing victims of accidents. David Singer and his law firm have successfully represented thousands of accident victims over the years.

David Singer is admitted to practice law in Florida, the United States District Court for the Southern District of Florida, as well as the Federal Trial Bar of the District. He is a member of the American Bar Association, the Academy of Florida Trial Lawyers, the Dade, Broward and Palm Beach County Bar Associations and the Southern Trial Lawyers Association. For many years he has been a member of the Million Dollar Advocates Forum-membership, which is limited to trial lawyers who have achieved a trial verdict award or settlement in the amount of one million dollars or more, something his firm has accomplished on many occasions.

David Singer is frequently a guest lecturer to other lawyers, law students and to civic groups and organizations. He has spoken at meetings of the Florida Bar and the American Bar Associations. He also has spoken to classes at Nova Southeastern Law Center and the University of Miami, as well as community groups and schools around the state.

David appears on local and national public service talk shows and radio programs. He has participated in the public television show “The Jury Box”, demonstrating trial techniques and has also provided commentary on legal issues on the Discovery Channel.

David Singer has written articles and opinion pieces for many newspapers and legal publications. National, regional and local reporters frequently call him for quotes in their stories. Important publications featuring David include The Wall Street Journal, The New York Times, The Miami Herald and National Law Journal. A feature story in Florida Trend Magazine made reference to David’s tenacity in calling him a “scrapper.”

Senator Steve Geller Mr. Geller was a member of the Florida Legislature for 20 years, where he served as the Minority Leader of the Florida Senate. He served in the Florida House of Representatives from 1988 to 1998, and was a member of the Florida Senate from 1998 to 2008. He served two terms as Chair of the Broward County Legislative Delegation, and two terms as Chair of the Hendry County Legislative Delegation. He has served as Chair of the Legislative Committees on Regulated Industries (alcohol, tobacco and gambling), Agriculture, and Comprehensive Planning (local government and growth management). Mr. Geller has also served the entire 20 years of his Legislative service on the Finance and Tax Committee. He has also served as National President of both the National Conference of Insurance Legislators (NCOIL) and the National Council of Legislators from Gaming States (NCLGS). He has been a frequent speaker across the country on both gambling and insurance issues, and has spoken frequently in Florida on local government and growth management issues.

Mr. Geller is an “AV Preeminent” rated attorney, and is listed in the Martindale-Hubbell “Bar Register of Preeminent Lawyers.” He has received far too many awards to list here, including the Senator of the Year Award from the Florida League of Cities, the Legislator of the Year Award from the Florida AFL-CIO and the Florida Chapter of the American Planning Association, as well as Legislative awards from the Police Benevolent Association, the Professional Firefighters, and numerous attorney groups.

CHARLES (CHUCK) B. MORTON, JR is the “Chief Assistant State Attorney” for the State Attorney’s Office, 17th Judicial Circuit, in Ft. Lauderdale, Florida. He has served as a prosecuting attorney in that office since December of 1976. Before becoming the “Chief Assistant”, he served in both trial and administrative positions for his office. His immediate position before his promotion to “Chief Assistant” was as the “Assistant State Attorney in Charge of the Homicide Trial Unit” from 1985 to 2005 where he tried numerous high profile homicide cases. Mr. Morton completed his undergraduate work at Rollins College in Winter Park, Florida and received his law degree from the University Of Florida School Of Law in Gainesville, Florida. He frequently lectures for his own state prosecuting attorneys association as well as for other prosecuting attorneys organizations. He has lectured for the National College of District Attorneys (NCDA) on a variety of topics. Mr. Morton received the NCDA’s Lecturer of Merit Award in 1994 & 2006. On numerous occasions, he has served as an invited faculty member for the NCDA at the National Advocacy Center (NAC) in Columbia, South Carolina. He also has served as a faculty member in many trial advocacy programs sponsored by the National Institute for Trial Advocacy (NITA). Mr. Morton has been a longstanding adjunct law professor here at the law school teaching courses in trial advocacy skills. He also teaches in the law school’s Criminal Justice Clinic. The law school honored him as its first “Adjunct Professor of the Year in Lawyering Skills Courses” during the 2007-2008 academic calendar year

Al Lamberti is the former Sheriff of Broward County, which encompasses Fort Lauderdale in southeastern Florida.

Lamberti also served in the U.S. Coast Guard at various duty stations, primarily Miami, Florida. He was also assigned as a Special Agent in the Office of Intelligence and Law Enforcement, U.S. Coast Guard Reserve.

Lamberti joined the Broward County Sheriff’s Office as a Detention Deputy in 1977. He worked his way up the ranks, becoming a Road Patrol Deputy, then a Road Patrol Sergeant in the North Broward and Lauderdale Lakes districts. He then became Lieutenant and Captain in the Organized Crime Division. In January 1990, he assumed the position of District Chief in Deerfield Beach.[1] He was promoted to the rank of Major in 1998. Lamberti then went on to serve as Interim Chief of Police for the cities of Hollywood and North Lauderdale.

On October 26, 2007 Lamberti was named Sheriff of Broward County by Gov. Charlie Crist.

On November 4, 2008 Lamberti was elected the 17th Sheriff of Broward County. As Sheriff, he will direct a 6,300-member organization with a nearly $700 million budget with responsibility for law enforcement and fire rescue duties within all 14 cities and towns and all unincorporated areas of Broward County.

Pedro E. Dijols, former Circuit Court Judge for the 17th Judicial Circuit, was born in New York City in 1959. Pedro Dijols received a Bachelor of Arts degree from Biscayne College in 1983 and a J.D. from St. Thomas University Law School in 1987. He was admitted to law practice in New York and Florida in 1988. He served as Associate Counsel to the New York City Department of Corrections in the Investigation and Discipline Division from 1987 to 1989. He was an Assistant State Attorney with the Broward County State Attorney’s Office from 1989 to 1992. After that, he became a Special Assistant to the Attorney General, assigned to the Office of Statewide Prosecution in Florida from 1992 to 1996.

Upon his appointment to the bench he was assigned to the Domestic Violence Civil Division hearing Domestic and Repeat Violence Injunctions. After being assigned the Domenstic Violence Division for almost eighteen months he was next assigned to the Circuit Court Criminal Division. He a the past winner of the St. Thomas University School of Law Dean’s Award of Distinction. In 2007 he was awarded the Broward County Bar Association President’s Award. He devotes the same intensity to the welfare of the community as he does to his professional life.

Mr. Dijols is currently an attorney at Law Of Offices of Pedro DiJols located in Fort Lauderdale, FL and practices in the areas of Criminal Law, Domestic Disputes, Personal Injury, and DUI Defense.

Johnny McCray Jr is currently a defense attorney at Law Firm of Johnny McCray Jr located in Pompano Beach, Fl. He was admitted to the Florida Bar 1982, and received his education at Bethune-Cookman College, B.S.; Howard University, J.D. 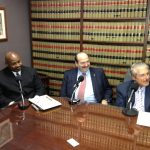 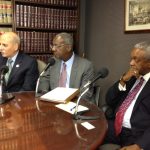 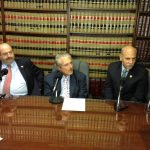 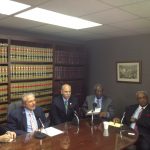 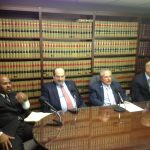 Breakfast with the Dolphins